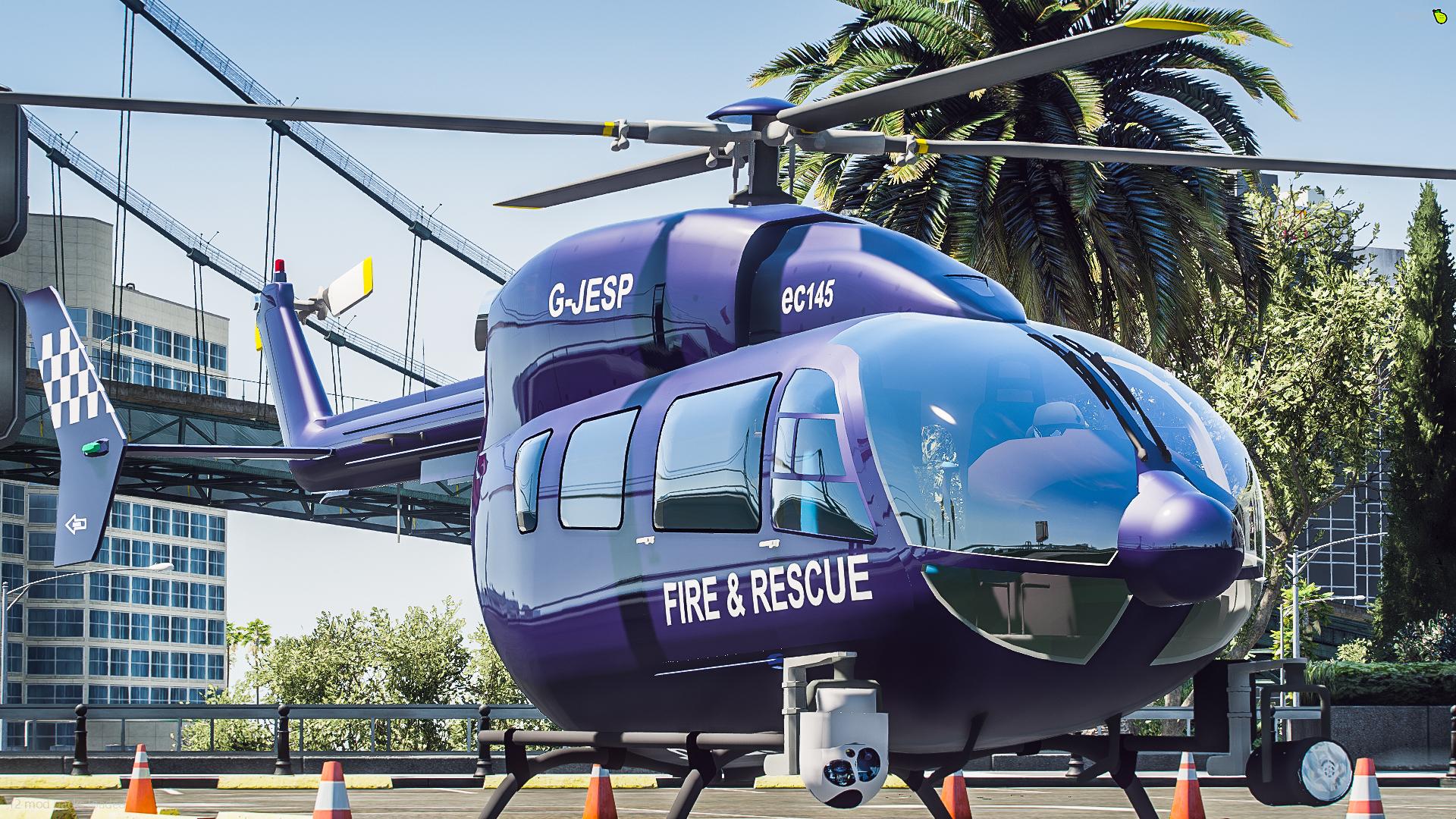 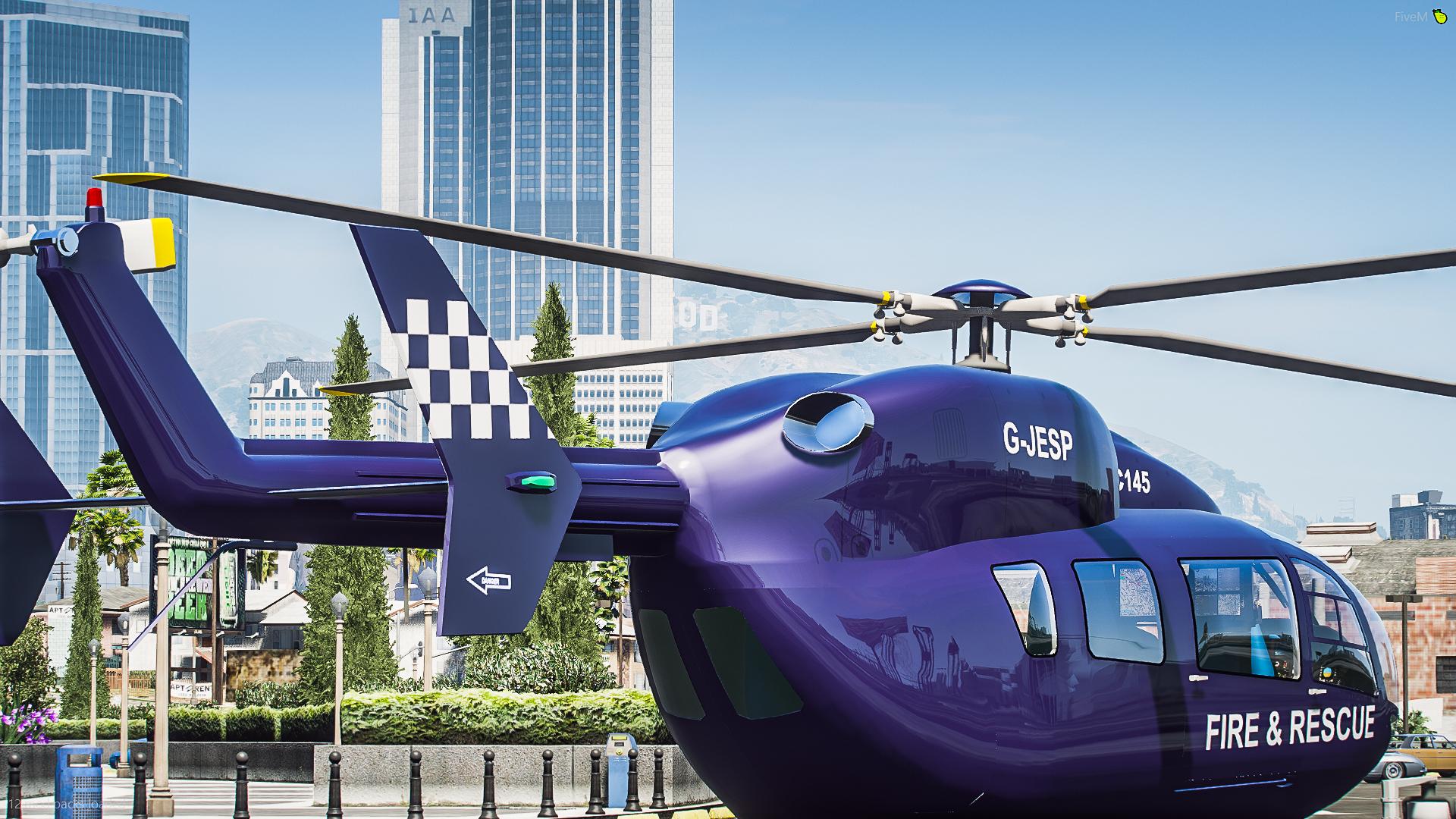 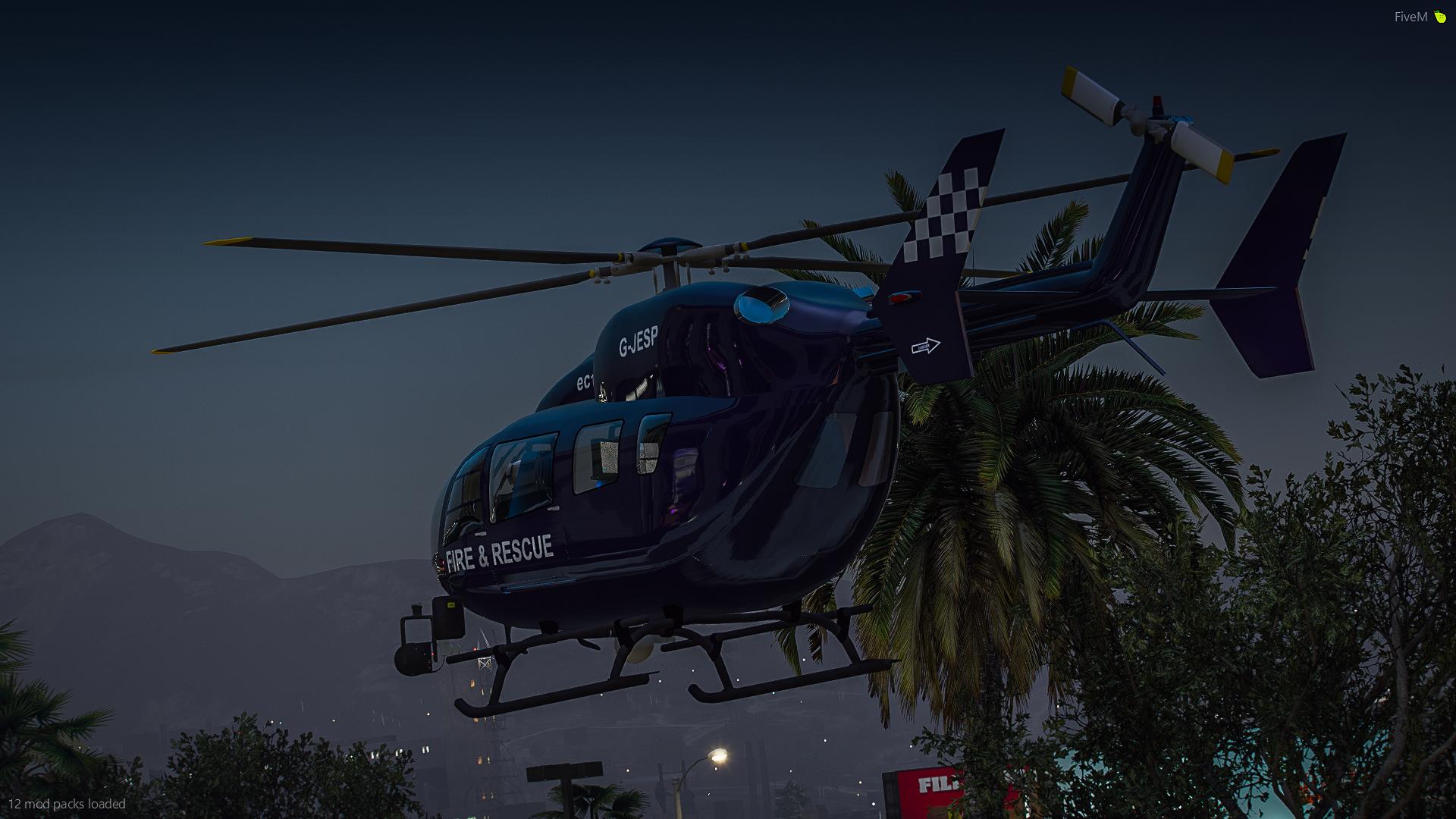 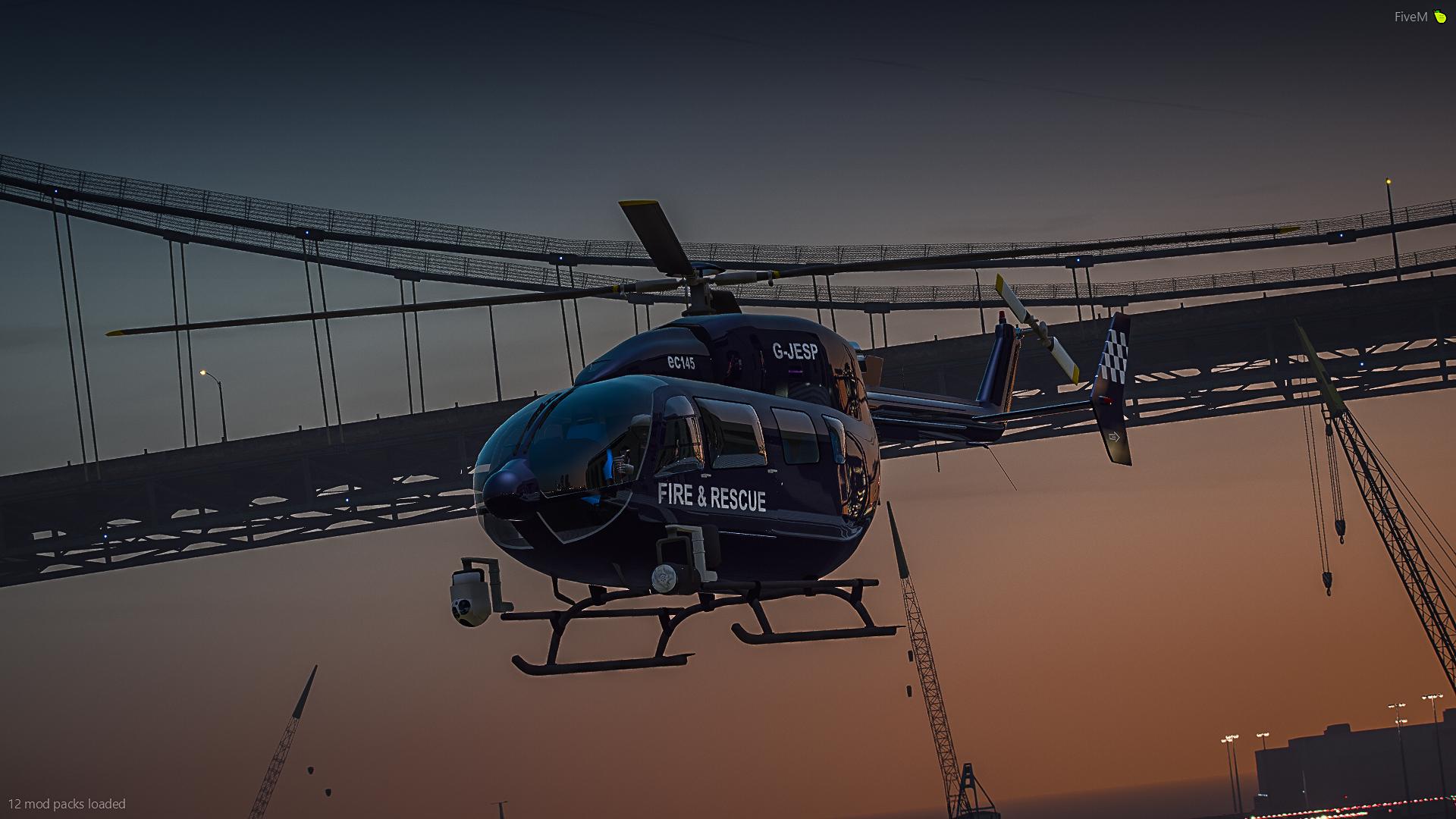 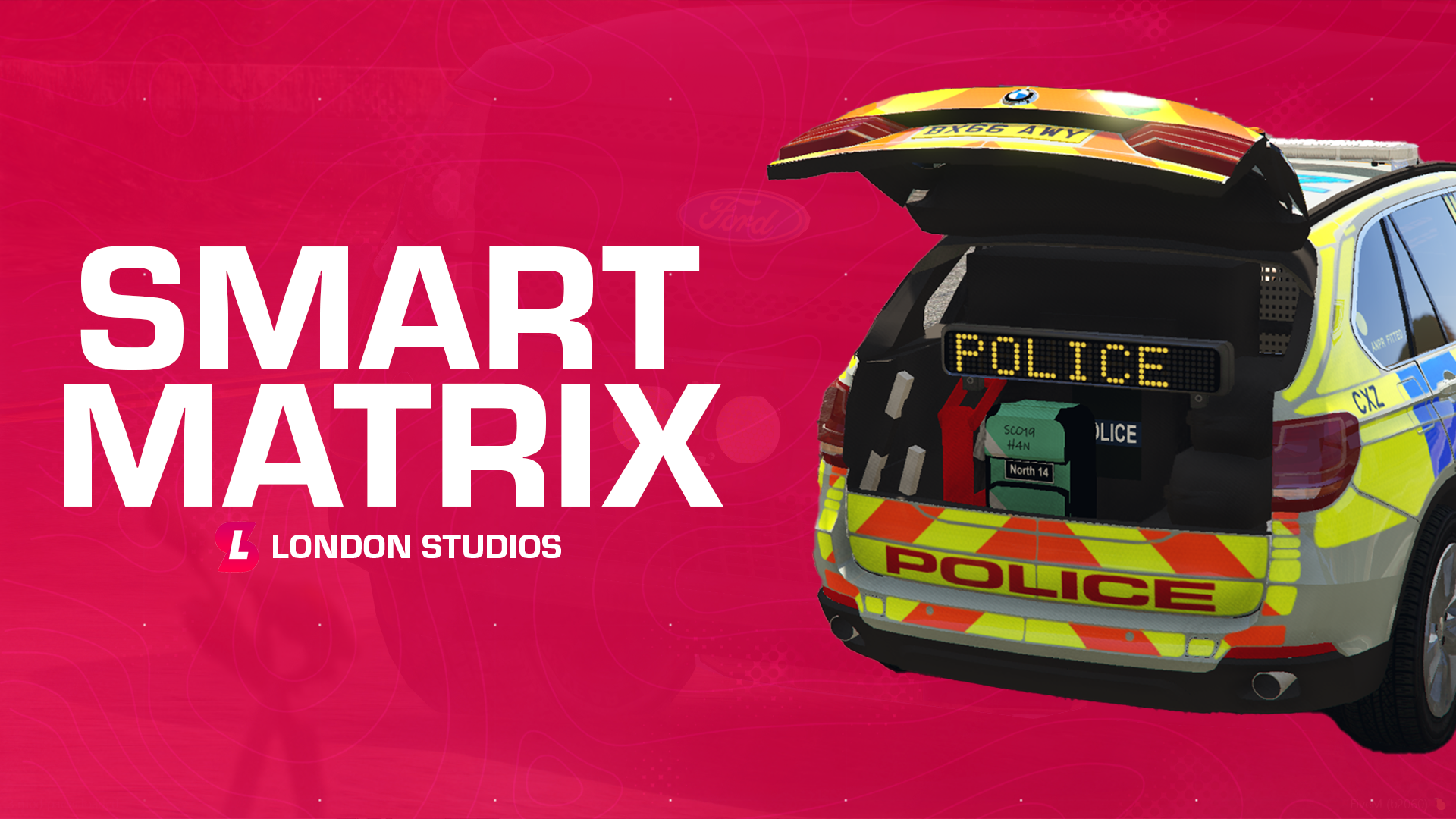 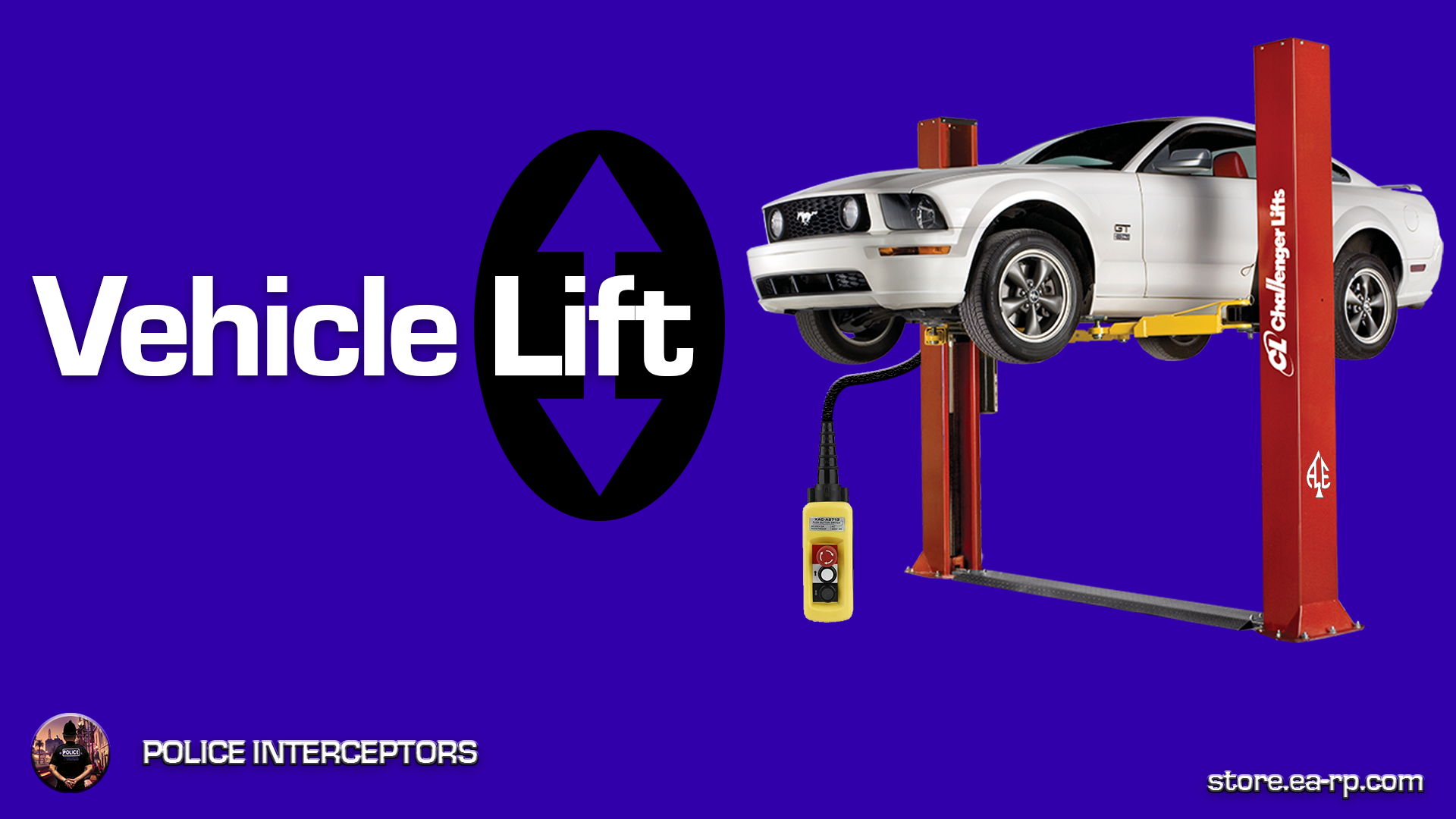 > This Mod Is The Eurocopter EC145 United Kingdom Fire & Rescue Service Skin G-JESP.> No Bugs.> Features G-JESP.> Installation Instructions Are In The Information.txt.> Made By: Jonesey's Mods.> Please Do Not Re-Upload Under Any Means Necessary.> Requires https://www.gta5-mods.com/vehicles/mps-npas-ec145

> To provide the minimal background it has this was one of the many Fire & Rescue helicopters that have been trialled overtime. Like the ones trialled by the London Fire Brigade during the 90s, they were utilised to carry firefighters and equipment to scenes that appliances would struggle to get to. Upon being utilised the appliance using the helicopter would be mobilised to the helicopter landing zone closest to the station. Then they would load the equipment on the helicopter and fly to the scene and touch down as close as physically possible. 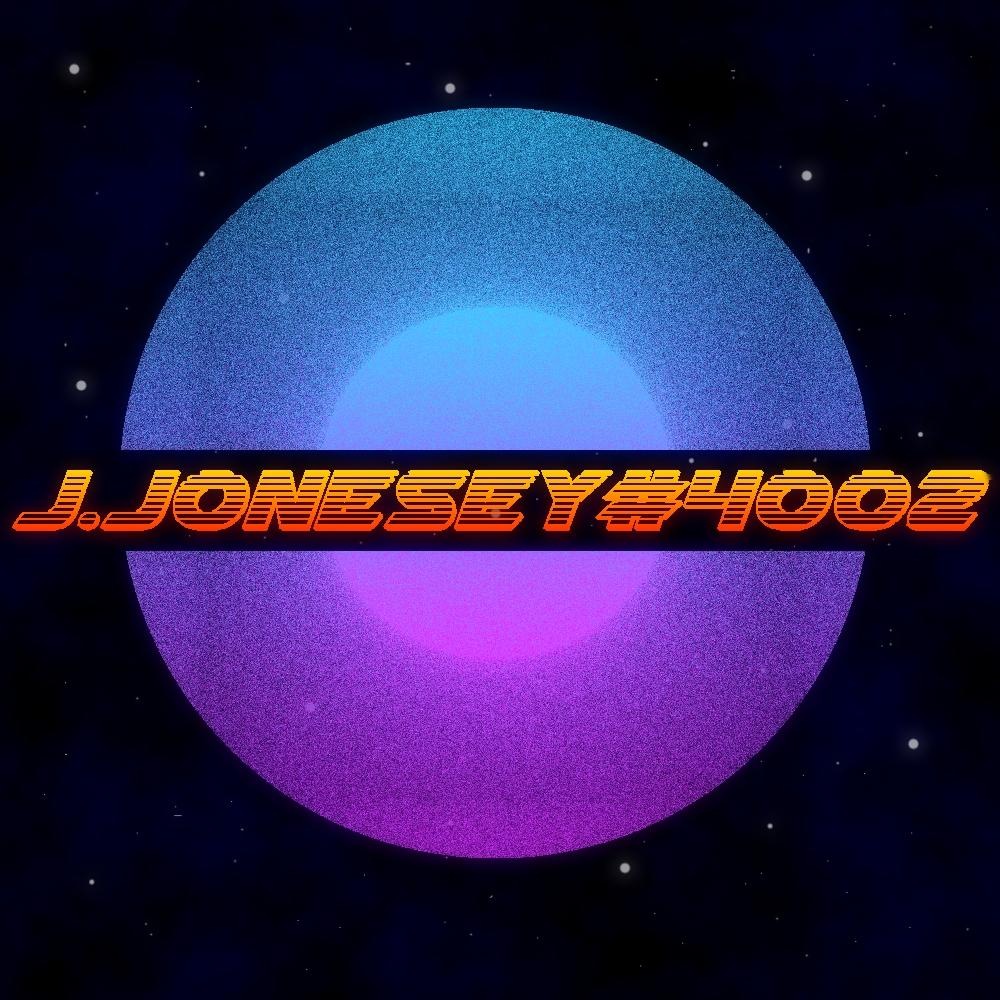